Down the Main - Mainhattan 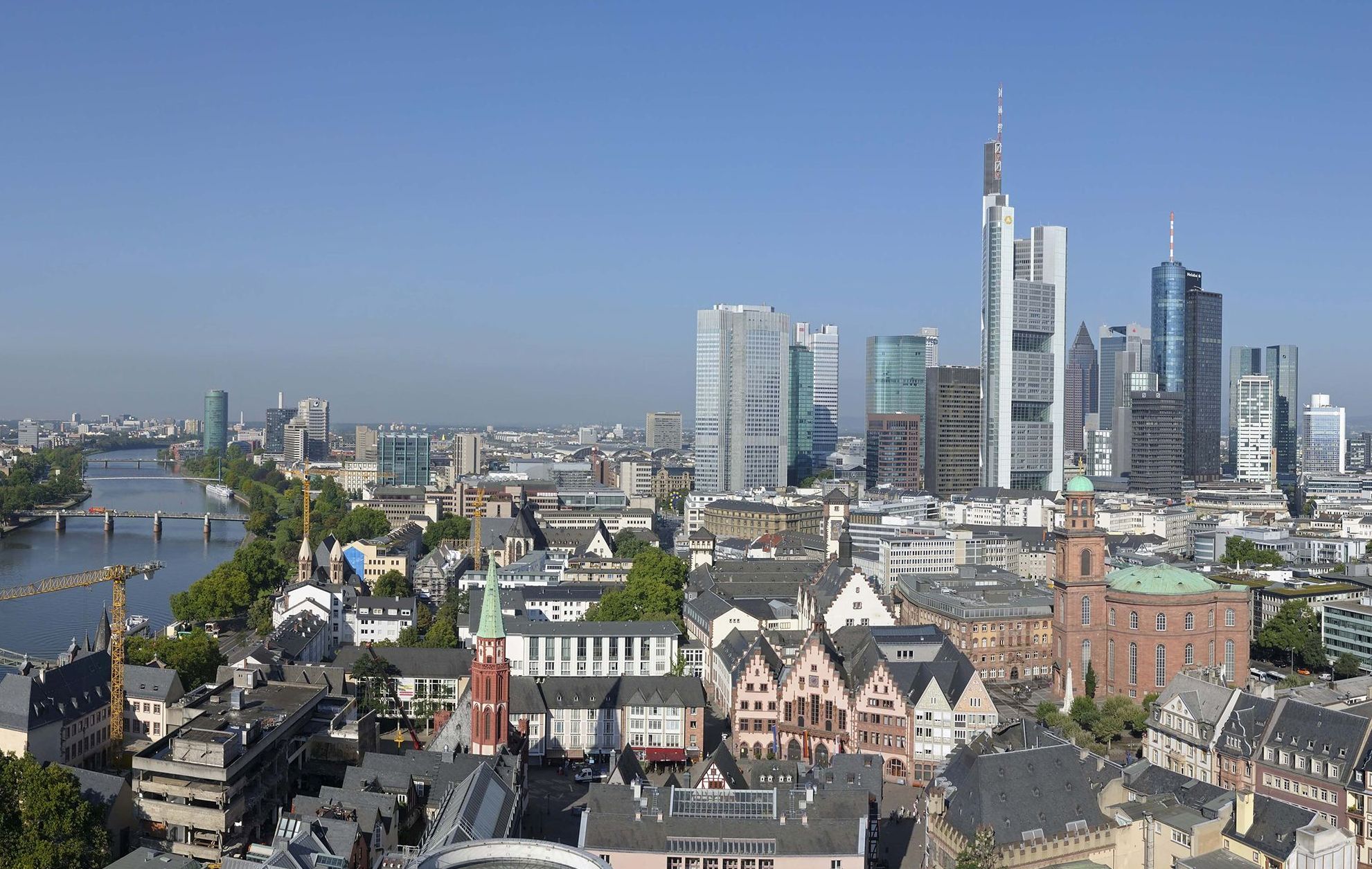 The tallest building is the Commerbank Tower at 250 meters. At "a mere" 200 meters, the Main Tower is only the 4th biggest skyscraper in Frankfurt, and it also has a viewing platform which is open to the public.

If you prefer to take the stairs, you can climb up the tower of the Kaiserdom St. Bar-tholomäus for a great view over Frankfurt - including the "New Old Town". Frankfurt's old town was almost completely destroyed in World War II and was reconstructed from 2012 to 2018. From the New Old Town you can go directly to the picturesque Römerberg and the Römer, Frankfurt’s city hall. Not far from there is the Paulskirche. This church was also rebuilt after the war and is now used for exhibitions and meetings.

On the other side of the Main is the Museumsufer. 15 museums stand side by side, including the German Film Museum, the Museum of World Cultures and the Städel Museum, one of the most renowned art museums in Germany.

Frankfurt is also the birthplace of Johann Wolfang von Goethe. The Goethe Haus, where he was born, is now a museum.

Due to its central location in the heart of Europe, Frankfurt has one of the largest airports in the world and Frankfurt train station is an important hub within Europe. Frankfurt is also an important international financial centre. In addition to the stock exchange, the European Central Bank also has its headquarters in Frankfurt. This is why Frankfurt is called the European City.

And last but not least, Frankfurt is renowned for its trade fairs and exhibitions, holding many important international fairs such as the Frankfurt Book Fair and the Music Fair.